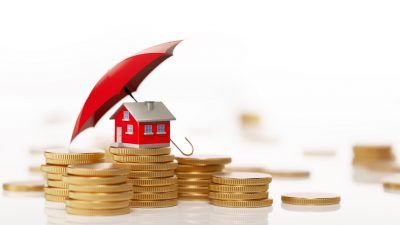 Just over six years ago, on December 20, 2012, Governor John Kasich signed into law the Ohio Asset Management Modernization Act of 2012 (AMMA). AMMA, which took effect in March of 2013, has been described as “a quiet revolution in Ohio law.” The law put in place a number of changes regarding the management of property, many of which served to limit the rights of creditors against Ohio residents and asset holders. Perhaps the most significant of these was the new ability to create an Ohio domestic asset protection trust (DAPT). Domestic asset protection trusts are available in seventeen states. What exactly is a DAPT, and what distinguishes it from other types of trusts?

A DAPT is an irrevocable self-settled trust, of which the creator (known as the settlor or grantor) is permitted to be a beneficiary, and may be the primary beneficiary. In addition, the trust is structured so that the settlor is given access to funds in the trust. A properly-drafted DAPT also has a feature that lends it its name: creditors of the settlor are unable to reach the assets in the trust. It is noteworthy that the trust only protects assets from possible future creditors. A settlor cannot place assets into the trust and expect to protect them from existing or likely future creditors.

A wide variety of assets can be protected using a DAPT, including:

Like any trust, a DAPT is of no value until it is funded with assets like the one above.

Back in 2013, after the law authorizing DAPTs in Ohio was passed, estate planning attorneys familiar with the new law predicted it would be a great benefit to settlors of Ohio DAPTs. Those predictions have proved accurate. Ohio is consistently rated as one of the top states for asset protection.

Las Vegas attorney Steve Oshins puts out an annual ranking of states that allow the creation of DAPTs. Although Ohio’s statute was introduced only six years ago, Ohio has swiftly risen in the rankings, holding the number three spot in 2018, up from a previous fourth-place rank.

The ranking is based on a number of factors, including:

It remains to be seen how Ohio will fare when the 10th annual rankings come out in a few months, but there is every reason to believe that Ohio will continue to be seen as one of the best states for asset protection.

Protecting Your Assets with an Ohio Domestic Asset Protection Trust

Creation of an Ohio DAPT is not limited to residents of the state of Ohio. However, a settlor who desires to create an Ohio DAPT must comply with requirements of the Ohio Legacy Trust Act and at least some of the trust assets must be located in Ohio. In addition, the trust must be in writing, must be irrevocable, must contain spendthrift provisions, and declare that the trust is governed by Ohio law. At least one qualified trustee of the trust must be an Ohio resident or a bank or trust company that is authorized to act in the state.

A basis for the allowance of DAPTs is that they are created with “excess” assets, that is to say, those not subject to claims for existing obligations, and not otherwise protected. Settlors must prepare and record an Affidavit of Solvency for each transfer of assets into the trust.

Domestic asset protection trusts can offer great protections for settlors, but ONLY if they are properly drafted and funded. Despite the fact that these trusts have been available in Ohio for nearly six years, many estate planning attorneys and financial professionals are unfamiliar with them; those who have heard of them may not have the needed experience to create an effective DAPT.

This is complex work and should only be undertaken by an experienced professional with an extensive background in these trusts. Otherwise, an attempt to protect assets could backfire spectacularly. If you consult an attorney regarding the creation of a DAPT, your first question should be about their level of experience with this estate planning tool.

The tasks involved in probating an estate can be daunting, especially for those who have never been through it before. We are committed to relieving anxiety around the probate process and to helping Ohioans through an often-challenging time in their lives.

What is the Charitable Deduction Limit for Income Tax?
The Unclaimed Funds Act of Ohio to Bring Help to Closed Estates with Unclaimed Funds
Who Makes Healthcare Decisions in a Blended Family?
Inheritance and Divorce: How the Dissolution of Your Marriage Impacts Your Estate Plan
“Payable on Death” and Your Financial Accounts
Death and Taxes: What Happens to a Tax Refund After Death?
Planning for Your Family Farm and Home
What Are Digital Assets and Cryptocurrencies in a Will?
How Much Does it Cost to Make a Will? (And Why a Good Lawyer Won’t Tell You)
What Happens if There’s a Mistake in a Will (or Trust?)

In regards to Covid-19,  We are reviewing the best guidelines for our city and state for how

we should conduct business and plan to update this message as soon as we can.

Please call our office(s) to get learn how we are engaging with current clients and new at this time.