Menu
Home » Will Your Bank Accept Your Pow…

Will Your Bank Accept Your Power of Attorney?

But an unfortunate scenario with financial powers of attorney unfolds often. A person, called the principal, executes a power of attorney allowing another person, her agent, to take certain actions on her behalf should she become incapacitated. When that day arrives, the agent, with POA in hand, goes to the bank or investment firm to transact business on behalf of the principal. Expecting no issues, the agent is shocked to find out that the bank will not honor the POA. Unfortunately, at that point, the principal lacks the legal capacity to execute new POAs that comply with the financial institution's requirements.

What do principals need to think about when creating their POAS? What do agents need to be aware of when attempting to act on their authority? And how does Ohio Law help (or hinder) the process of acting under a power of attorney?

Challenges to Powers of Attorney

There are two primary types of challenge to powers of attorney. The first is a challenge based on the capacity to make a power of attorney. In other words, was the principal legally competent to make the POA? It is a reasonable question. Given that many people create POAs against a possibility of future Alzheimer's or dementia, it is possible that, say, an adult child might urge a parent to create a POA when the child has already noticed some signs of the parent's decline.

The second type of challenge revolves around the issue of whether the agent has the authority to take certain actions on behalf of the principal (and, if they did, whether those actions were in the best interests of the principal). To add another layer of complexity, POAs may be limited or sweeping in the authority that they grant, and certain types of authority must, by state law, be explicitly granted in the POA and/or other documents. One example is that an agent acting on behalf of a principal who is the creator of a trust can only do so if both the POA and the trust document specifically grant that authority. Another example is that an agent cannot make gifts on behalf of a principal unless the POA specifically grants that authority.

If a POA is not valid, a deceptive "agent" can seize control of a principal's assets, and the bank or investment firm could be liable for their failure to protect the principal's interests.

It's not hard to understand why a financial institution needs to have confidence in the validity of a power of attorney. If a POA is not valid, a deceptive "agent" can seize control of a principal's assets, and the bank or investment firm could be liable for their failure to protect the principal's interests.

Financial institutions need to walk a fine line. On the one hand, if they fail to accept a POA, they may not be serving the needs of their valued clients. On the other hand, if they accept a POA that might be subject to a challenge, they could be harming their client and exposing themselves to liability. Remember, too, that a financial institution with a branch in Ohio may well be organized under the law of another state, and need to comply with the laws of that state.

Protecting Yourself and Your Agent Under a POA

It would be bad enough if your agent went to do your weekly banking and found out they were unable to withdraw cash for your groceries. It could be catastrophic if the wealth management division of your bank refused to allow your agent to act on your behalf. How can you protect yourself, your agent, and any beneficiaries whose interests might ultimately be affected?

Planning ahead is your best option. Don't assume that a POA you had drafted a few years ago will give your agent the authority they need when it matters. Speak with an officer at your financial institution to see if they have requirements of which you and your estate planning attorney should be aware.

You should also consider doing one of two things. You can submit your current POA to each financial institution for approval. Better yet, you can transfer as many assets as possible to a living trust. A living trust appoints a trustee instead of an agent. For reasons not completely clear, all financial institutions recognize the validity of a trustee acting pursuant to a living trust instead of an agent acting under a power of attorney. Not only will creating a living trust eliminate the problems associated with POAs, but it will help your estate stay out of probate as well. 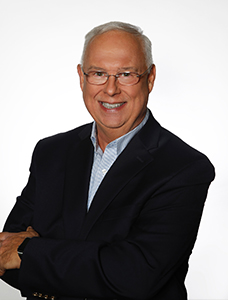 The tasks involved in probating an estate can be daunting, especially for those who have never been through it before. We are committed to relieving anxiety around the probate process and to helping Ohioans through an often-challenging time in their lives.

Who Makes Healthcare Decisions in a Blended Family?
Inheritance and Divorce: How the Dissolution of Your Marriage Impacts Your Estate Plan
“Payable on Death” and Your Financial Accounts
Death and Taxes: What Happens to a Tax Refund After Death?
Planning for Your Family Farm and Home
What Are Digital Assets and Cryptocurrencies in a Will?
How Much Does it Cost to Make a Will? (And Why a Good Lawyer Won’t Tell You)
What Happens if There’s a Mistake in a Will (or Trust?)
The Uniform Electronic Wills Act: The Wave of the Future?
What Coronavirus Means For Your Estate Plan

In regards to Covid-19,  We are reviewing the best guidelines for our city and state for how

we should conduct business and plan to update this message as soon as we can.

Please call our office(s) to get learn how we are engaging with current clients and new at this time.